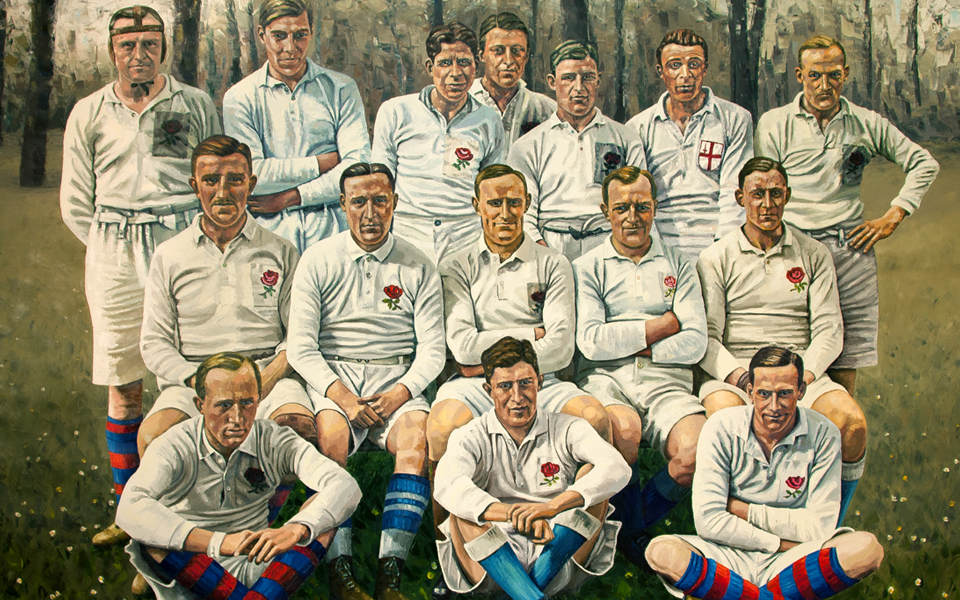 This painting depicts the last England team to play before the outbreak of the First World War. The side clinched the Grand Slam by defeating France at Stade Columbes on the 13th of April 1914. The players are wearing their club socks.

Six of the players, identified in the painting by the darkened roses on their shirts, went on to die in the war.

The work was commissioned by the RFU to commemorate the centenary of the First World War, and is dedicated to the memory of all rugby players who served and died in the conflict. 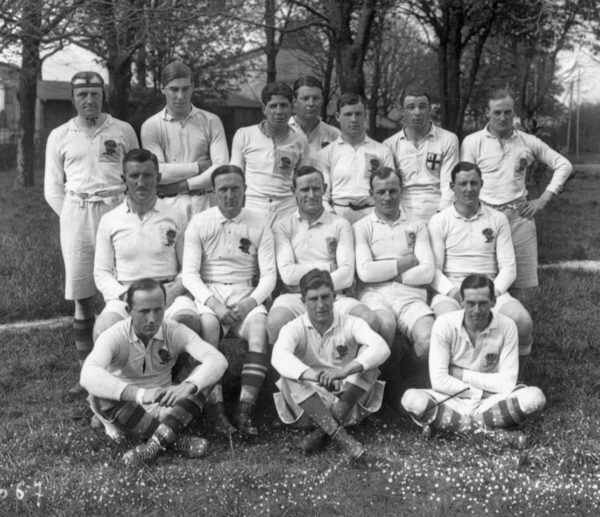 Archive photo reproduced by kind permission of the RFU. 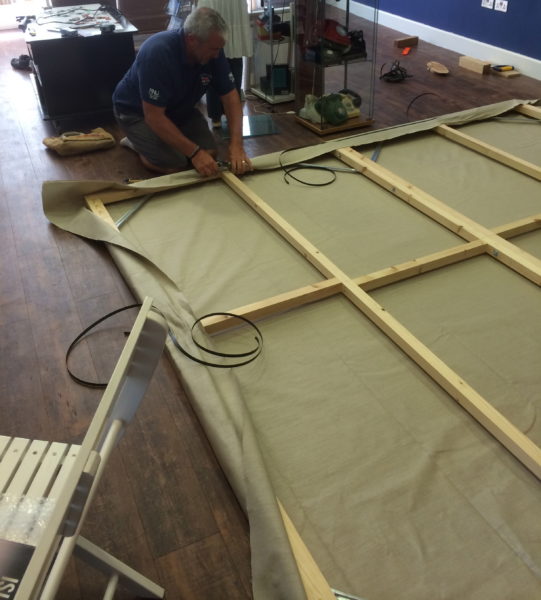 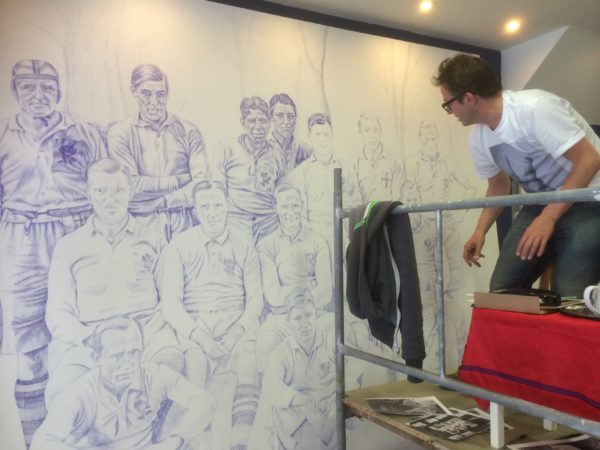 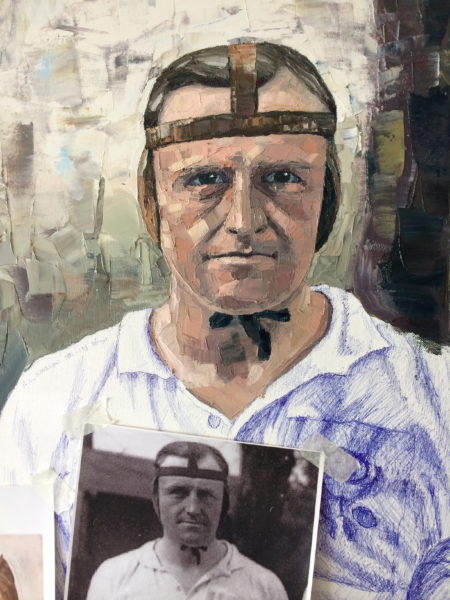 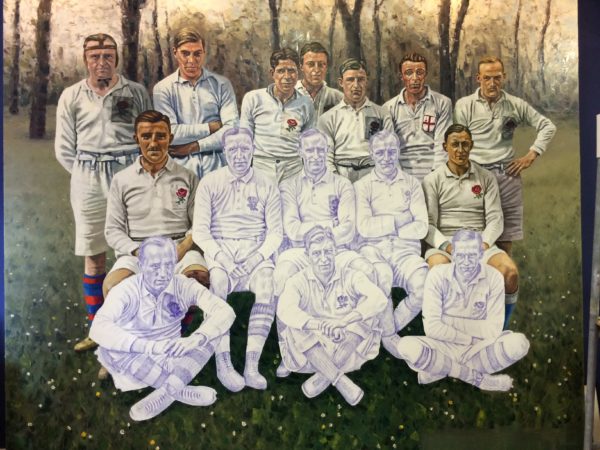